"Proinnsias" sounds the same as "Krunchie as," except with a P instead of a K. Christened "Francis Killeen," he adopted the Irish form of this name "Proinnsias Ó Cillín." ("Cillín," which means "treasure," sounds exactly the same as "Killeen"). Some people have difficulty pronouncing "Proinnsias," and some children called him "Krunchie," a nickname that stuck.

Two spectres in the maths world that have annoyed my brain over the years are Georg Cantor's alleged proof of the trans-finite (numbers bigger than infinity) and Alan Turing's non-computable numbers. Over the last few months I have given a lot of time to writing down my refutation of these absurd, but widely acclaimed, propositions.

Cantor is the founder of Set Theory and Turing one of the two fathers of computer science.

Last week, I posted my script to a maths journal, clearing the puzzle out of my mind. So, other puzzles return lest my brain be idle.

Over the last two nights I have found myself dreaming again of modes of transport. In Saturday's dream, I "drove" a magic carpet through Dublin's traffic. On Sunday night, I found myself struggling, on foot, through a great maze of tram tracks, and dodging trams.

Both are hopeless competitors of my "Krunchie's Cab" transport system. The magic carpet is a version of the hover board. This is a feasible, (in the sense that, yes, you can elevate a board by magnetism) but non-viable technology (in the sense that a board would require to hover over  a magnetic path and use lots of energy), and it is appallingly incredible that companies have wasted a lot of research and development talent on the idea.

There is at present hard evidence in the streets of Dublin of the absurd expense and disruption of installing tram systems.

When I was a kid, I took to my peers the idea that cars would eventually be repaced by a system of capsules that glide through tubes. My peers thought not. One thought there would be magnetic boards, as Mandrake the Magician had in one of his comic adventures. Another thought it would be helicopters. The fact is that none of my peers were willing to think it out. A little thought is all that is required to see that these other modes are not viable. I had it all worked out and knew how how cars would become obsolescent and how my capsule system would provide door to door transport over a network of tubes, and why this would ultimately repace cars. Now cars have actually beocome obsolescent, and humans are wasting our resources chasing after these non-viable options, instead of focussing on the one that would work perfectly. Hover-boards are receiving considerable attention and drones are the new-age helicopter: but neither will never provide a viable community transport system, and trams are rigid and expensive.

Krunchie's Cab is low cost, low energy, driverless, viable, flexible, safe, and, when networked routes are implemented, will take the customer non-stop door-to-door from his starting point to his destination anywhere in the network. Ultimately, the system would be international and take you from your door in Dublin nonstop in one vehicle and one journey to your destination in  Paris or New York. Just show your travel-card or credit-card to the cab, key in your destination, and sit back and let the cab take you there.

I woke up this morning  with two new phrases in my head: "Nylev" and "Krunchie's Concepts." The reason for this post is to jot them down before they are forgotten. In my earlier life I started many diaries and journals, but they ultimately got tossed aside. A Blog is easily filed and easily accessed. Although it is public, well, why not?

"Nylev" relates to a potential gliding system for my Cab. Instead of "Maglev," or magnetic elevation, which is expensive and only suitable for high-density journeys (whereas Krunchie's Cab will take you to your own door), "Nylev" is "Nylon Elevation." A nylon mat is fixed to the gliding surface of the transport tube, and the cab, made of modern light-weight hard plastic, glides smoothly over it. The combination of nylon fibre and hard plastic almost totally eliminates surface friction. The cab is extremely light, but tough. It has a metal nose, by which it is drawn by electronic magnets whenever it needs a little boost to its speed, and a metal plate on the rear-end, by which two or more can be attached to form a train.

The term "Krunchie's Concepts," is the potential title of a book I migh write to bundle together my various ideas, which might include:

Support my blogs by making a small contribution 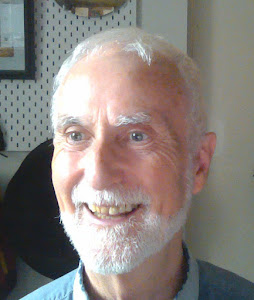